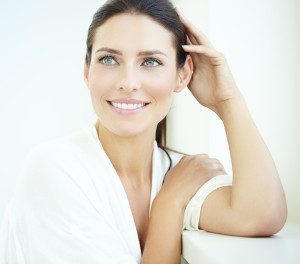 Facelift is one of the popular cosmetic surgery procedures to take several years off the face and make the face appear tighter, smoother, and rejuvenated. The patient should be aware of what to expect during the facelift procedure in order to make an informed choice. While facelift techniques may vary, the procedure steps largely remain the same.

Dr. Bryson Richards is a board certified plastic surgeon providing facelift and various other surgical and non-surgical procedures. Dr. Richards will familiarize the patient with the procedure during the pre-operative consultation and put them at ease about the surgery. He provides facelift to patients in Las Vegas, Bullhead City, Laughlin, Pahrump, Mesquite NV, and surrounding locations.

The first important step in the operating room for facelift plastic surgery procedure is to place the patient under general anesthesia or local anesthesia with IV sedation, as per the surgical plan. The patient will be in deep sleep under either option, and will remain completely comfortable throughout the surgery.

The anesthesiologist or a certified anesthetist nurse may be present throughout the surgery to monitor the patient’s response to anesthesia. General anesthesia is more complicated, but may be recommended particularly in case of a full traditional facelift surgery.

Once the patient has been anesthetized, the surgeon will begin the procedure by placing careful incisions. The incisions will be located as discreetly as possible to conceal the subsequent scars. In many cases, the major incision will be placed above the hairline to minimize scarring visibility.

Any other facial incisions may be placed in the natural facial creases. Healing is decent in these areas and scars are hidden well. In a full facelift, the incision typically starts from behind the hairline on one side of the head, a little above the temple. It then follows the hairline down to the ear to end in the lower scalp under the hair.

The cosmetic surgeon will lift the facial skin from the underlying tissue through the incisions. Excess skin will be trimmed away, extra fat will be removed or redistributed, and underlying muscles will be tightened to enhance the contours. Once the surgery is over, the skin will be re-draped smoothly and tightly and held together with staples or sutures.

The incision area will finally be wrapped with a bandage. The patient will be taken to an observation area to allow them to recover from the immediate effects of anesthesia and surgery. Dr. Richards receives patients from Las Vegas, Bullhead City, Laughlin, Pahrump, Mesquite NV, and nearby areas for facelift.

Facelift with Other Procedures

In some cases, the patient and surgeon may decide to have facelift in conjunction with other surgical or non-surgical procedures. Neck lift, liposuction and upper face procedures such as forehead lift or eyelid lift are commonly performed along with facelift surgery. The procedural steps will be altered to some extent when one or more procedures are combined with facelift surgery. The overall results can be more harmonious with such a comprehensive surgical approach.