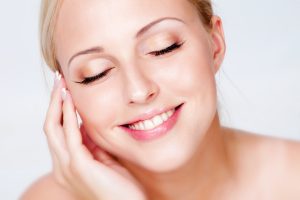 Rhinoplasty, popularly known as a nose job, is a cosmetic surgery procedure designed to enhance the shape or size of the nose to make it more proportionate and attractive. During the initial consultation process, the surgeon will evaluate the overall facial anatomy, the condition of the nose, and the patient’s unique aesthetic needs to determine whether they are a good candidate for rhinoplasty.

Dr. Bryson Richards is a dedicated plastic surgeon providing rhinoplasty and other surgical and non-surgical procedures for the breast, body and face. Dr. Richards will recommend the most appropriate treatment approach to suit the needs of a patient. He receives patients from Las Vegas, NV and surrounding communities for rhinoplasty.

A majority of people who seek a nose job or rhinoplasty plastic surgery are individuals who are unhappy with the aesthetic appearance of the nose, whether in terms of its shape, size, bone structure, or another aesthetic anomaly. However, a smaller percentage of people seem this procedure because they experience discomfort or breathing difficulties, which may occur due to structural issues or a nose injury.

An optimal candidate for a nose job will be an individual with good general health, having realistic expectations, willing to stay away from smoking for several weeks, and having a clear understanding of the risks associated with a surgical procedure.

As an experienced cosmetic surgeon, Dr. Richards will recommend nose surgery only to the most suitable candidates in Las Vegas, NV, who can benefit from it in aesthetic or functional terms. According to him, a candidate for rhinoplasty may suffer from one or more of the following conditions:

Rhinoplasty ranks among the more popular cosmetic surgery procedures among the teens. However, it is important to ensure that the teenager is an appropriate candidate and is taking a responsible decision to fulfill an innate need. The candidate should not undergo this procedure out of parental or peer pressure.

Rhinoplasty for teens may be applied to modify the size, shape or overall appearance of the nose. In some cases, nose job and chin implant surgery may be combined to achieve more harmonious outcomes for the teens. Teen patients may typically need the following changes: 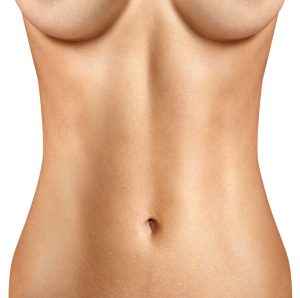 One of the most intrinsic desires of a woman or man is to have an attractive and youthful physical appearance. As a result, advancements in cosmetic surgery and non-surgical aesthetic procedures have generated a growing level of interest in the last two decades. With these procedures, it is possible to delay or reduce the signs of aging, correct aesthetic anomalies, and restore a more attractive figure.

The 18th annual multi-specialty data report published by the American Society of Aesthetic Plastic Surgery (ASAPS) says that the aggregate spending by Americans on aesthetic procedures has gone up to as much as $12 billion in 2014. This includes both surgical and non-surgical aesthetic treatments. Increase in demand for these procedures is seen nearly across all categories of procedures related to the breast, body and face.

One of the findings of the ASAPS report is that men are increasingly opting for plastic surgery procedures. The amount of money spent by men on aesthetic procedures in the last five years alone has gone up by a whopping 43%. Women’s procedures have increased in popularity across the board, but the highest growth has been registered in procedures such as buttock augmentation (up by 89%), labiaplasty (up by 49%), and non-surgical fat reduction (up by 42%) in 2014.

Most Popular Surgical Procedures in 2014

The top five surgical procedures performed in 2014 for both women and men in the US included:

Liposuction remains on top because of the less invasive approaches developed for this surgery and its highly targeted results. Breast augmentation procedure remains highly popular among women due to the FDA approvals and wide acceptance of highly cohesive silicone breast implants. As an experienced cosmetic surgeon, Dr. Richards provides cutting edge surgery as well as non-surgery procedures to patients in Las Vegas, NV and nearby locations.

Most Popular Non-Surgical Procedures in 2014

In 2014, the most in-demand non-surgical aesthetic procedures in the country included:

Botulinum Toxin Type A based anti-aging injectable solutions for the face such as Botox and Dysport have remained the most sought after cosmetic non-surgical procedures in 2014. Almost 3.6 million treatments were performed during 2014. Soft tissue fillers, particularly hyaluronic acid based fillers such as Juvederm and Restylane, continued to be highly popular with nearly 1.7 million procedures carried out in 2014.

Increase in Demand for Men’s Procedures

Men’s procedures have continued to grow in popularity from 2010 to 2014. Trends for some of the key men’s procedures were as follows during this period:

Aesthetic experts anticipate the demand for both surgical and non-surgical procedures to remain in the high growth trajectory over the next several years. 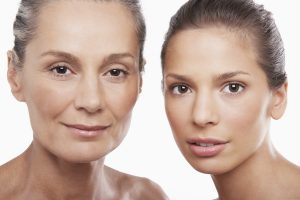 Advancements in cosmetic surgery as well as non-surgical aesthetic procedures have resulted in a growing number of people opting for such treatments to enhance their physical appearance. Positive feedback from previous patients also encourages more Americans to choose these procedures.

According to a recent report published by the American Society of Plastic Surgeons (ASPS), growth trends are clearly visible in almost every category of surgical and non-surgical procedures. Dr. Bryson Richards is a pre-eminent plastic surgeon providing a wide range of aesthetic procedures to patients in Las Vegas, NV and surrounding areas.

Only 23,774 breast implant removal procedures took place in 2014, registering a decline of 42% since the year 2000. This only indicates a greater success rate of breast augmentation plastic surgery over the years.

The number of breast lift procedures in 2014 stood at 92,714, representing an increase of 3% over the previous year, and 75% over the year 2000. Dr. Richards provides a range of breast surgery and other procedures to patients in Las Vegas, NV and surrounding communities.

The number of breast reduction procedures performed by a cosmetic surgeon in 2014 was 41,309. The number remained similar to the one in 2013.

Anti-aging injectables to reduce wrinkles and fine lines on the face such as Botox and Dysport continued to lead in 2014. Nearly 6.7 million procedures were performed in 2014, which is a jump of eight times over 2000.

The growth in chemical peel procedures was 7% in 2014 over the previous year, with a total of 1.25 million procedures.

More than 1.1 million laser hair removal procedures were performed in 2014, making it one of the most sought after treatments.

Dermal filler injectable treatments for facial rejuvenation continue to dominate with over 2.3 million procedures performed in 2014.

Almost 14 million minimally invasive aesthetic procedures were performed in 2014, recording a jump of 154% over 2000.