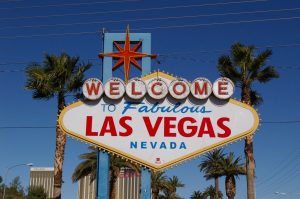 Many patients now choose to travel for their cosmetic treatments in order to receive the best possible care and enjoy a quiet and anonymous recovery period. No longer are patients limited to their own local area when looking for the most trusted and experienced doctors to meet their cosmetic needs.

As a board certified plastic surgeon in Las Vegas, Dr. Bryson G. Richards works with patients from all over the world who want expert care in a private, convenient setting. The Richards Cosmetic Surgery Med Spa and Laser Center staff is dedicated to making the process positive for our out-of-town patients, and we will work with you every step of the way to ensure your travels and surgical experience are safe, successful, and convenient.

If this is your first time in Las Vegas, here is a little information about our city:

Las Vegas has always been one of the most happening cities in the US. It offers an exciting nightlife that slips into the day. Shopping and dining options are unparalleled, and the city never sleeps. In fact, the only constant in Las Vegas is that the city is constantly reinventing itself.

Most Luxurious Hotels in Las Vegas for Your Rest and Relaxation

For a moment, forget the famed casinos of Las Vegas, or spending some serious money in the high-end stores, celebrity chef restaurants, and penthouse suites along the Strip. When you visit Las Vegas, the sound, the lights, the endless and exotic parade of people, all converging to soak up the vibes of this spectacular Sin City, are a feast by itself.

But this desert oasis also has some amazing history and off-the-beaten path experiences to unravel, particularly if you wander off the Strip and explore the Fremont Street Experience in the old downtown.

Weather is usually not an issue for visitors, particularly when they want to spend most of their time inside casinos. Winter is the time for mild weather (though the nights can get cold) and thinner crowds.

Renting a car is mostly inexpensive. But if you are willing to afford a higher price tag, you could rent Bentleys, Ferraris, and other high-end cars. Valet parking is free in the casinos. The Las Vegas Monorail runs from the MGM Grand to SLS Las Vegas and stops in seven places. The rates for the monorail start at $12 for a day pass.

Popular Attractions for the Rest of the Family

This 1990s-built pyramid isn’t one of the seven wonders of the world, but it stands out in a town where copycatting New York, Paris, Venice and other iconic destinations certainly is a compliment.

Inside, guests ride inclinators instead of elevators to their rooms, and people-movers ascend and descend at 39-degree angles along the corners of the pyramid, creating a rocking sensation that makes riders feel like they’re on a boat.

One of the newest additions to Sin City, this $100 million urban oasis between the New York-New York and Park MGM (the soon-to-be-renamed Monte Carlo) hotels stretches from Las Vegas Boulevard back to T-Mobile Arena.

Along the way, brick walkways wind past the Las Vegas outpost of Shake Shack and other open-air restaurants, a walk-through water feature that evokes parting the Red Sea and “Bliss Dance,” a 40-foot-tall statue of a dancing woman.

The fountains of Bellagio feature water that dances like ballerinas and cannons that shoot water hundreds of feet in the air. The fountains that span the artificial lake in front of Bellagio Las Vegas have become one of the most iconic Vegas sights.

Las Vegas is one of the most popular tourist destinations in the US and around the world. Cosmetic surgery patients from out of town often choose this destination to combine their procedure with a relaxing and fun vacation.

However, the key to success lies in choosing the right plastic surgeon for your out of town surgical procedure who has the skill and experience to help you achieve your aesthetic goals in a safe and sustainable manner. Board certified plastic surgeon Dr. Bryson Richards provides cosmetic and reconstructive procedures to patients in Las Vegas, NV, and surrounding locations.

It would be best if you can travel to Las Vegas to meet Dr. Richards and his team prior to your cosmetic surgery. This will provide an opportunity for a comprehensive, in-person consultation that will enable you to make a well-considered decision about your surgery.

However, if you are traveling from afar, it may not be feasible for you to visit separately for a pre-surgery consultation. In this situation, Dr. Richards will have a phone and email based consultation with you. You will have to send your patient forms, medical history, and photographs of your areas of concern to the surgeon’s office.

The patient coordinator at the office will assist you in this process and help you have a successful and productive consultation with Dr. Richards. You should clarify any doubts and concerns you may have at this time, and then schedule your surgery date once you have made up your mind to go ahead with the proposed surgical plan.

Traveling with a Companion

It is always a good idea to travel with a companion if you plan to undergo a major plastic surgery procedure at Dr. Bryson Richards’ practice. After your surgery is completed, you will need a responsible person to drive you back to your hotel safely from the surgery center. Having a family member or friend assist you in the first 24 hours after your surgery will be ideal.

Planning Your Stay in Vegas

You should make your travel arrangements well in time after your surgery has been scheduled. Consider arriving in Las Vegas at least a day before your surgery so that you can acclimatize to the new place and feel completely at ease for your surgery.

Dr. Richards will discuss the estimated recovery period with you during your initial consultation. You should accordingly plan your stay for a few days in Las Vegas for post-operative recovery. Seek guidance from the patient coordinator at the surgeon’s office for your transport and hotel bookings.

In general, patients may require a post-surgical stay in Vegas for five to seven days for these procedures:

The stay may be slightly longer for procedures such as mommy makeover plastic surgery.

A woman may decide to undergo a mommy makeover procedure to restore her pre-pregnancy figure. The mommy makeover cosmetic surgery corrects the unwanted physical effects of pregnancy that diet and exercise alone cannot address.

Mommy makeovers are very individualized treatments. The surgeon helps the patient choose procedures that are appropriate for her unique needs based on her cosmetic goals, medical state, budget, and recovery expectations.

Patients should seek a plastic surgeon with the necessary skill and experience to customize the procedure according to their unique goals and requirements. Board certified plastic surgeon Dr. Bryson Richards provides mommy makeover to patients in Las Vegas, NV, and surrounding locations.

Identifying a Board Certified Surgeon

Upon choosing a board certified plastic surgeon for her mommy makeover procedure, the patient ensures that she is in the hands of a specialist who has undergone a rigorous training and certification process for plastic and reconstructive surgery in the US.

Sometimes it may be difficult to understand if the surgeon’s training is suitable or sub-optimal. The certifying plastic surgery board evaluates the outcomes and safety records of the surgeon on a continual basis and assesses their ethical standards routinely.

To maintain their board certification, the surgeon must uphold stringent quality standards at all times.

The patient should seek the following qualities when choosing a plastic surgeon:

A Combination of Art and Science

To develop desirable yet safe results in a mommy makeover procedure, the surgeon must be adept at combining the principles of art and science. A personalized approach to plastic surgery can allow the surgeon to create safe, healthy, and predictable results that are simultaneously cosmetically appealing.

The surgeon’s office should be a warm and welcoming setting for the patient where she can be assured of the best care and quality standards. The surgeon and their team should be willing to provide support and care to the patient throughout her mommy makeover procedure.

It is advisable for the patient to choose a practice with cutting-edge technology and the latest solutions to make sure that she accomplishes the best possible outcomes from her mommy makeover procedure.

The surgeon should be able to perform various surgical and non-surgical procedures at the same time to be able to reduce the treatment time while accomplishing desirable outcomes. Cosmetic surgeon Dr. Bryson Richards receives patients from Las Vegas, NV, and nearby areas for mommy makeover.