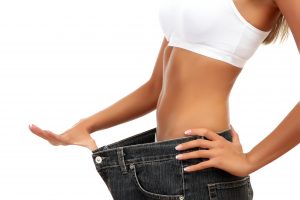 Liposuction is one of the most effective body contouring cosmetic surgery procedures available today. Over the years, the procedure has become more advanced and less invasive, resulting in minimal risk and reduced discomfort and downtime. Several techniques can be used to perform liposuction, but the overall procedure steps will largely remain unchanged in each case.

Dr. Bryson Richards is a board certified plastic surgeon providing liposuction and other surgical and non-surgical cosmetic procedures. During the initial consultation, Dr. Richards will apprise the patient of the various steps involved in the surgery, and put them at ease. Patients in Las Vegas, NV and surrounding locations have an opportunity to receive liposuction from Dr. Richards.

Small incisions will be made in inconspicuous locations within the targeted area once the patient has been placed under anesthesia. The size of incisions generally ranges between a quarter and a third of an inch. As long as the incisions are small and placed discreetly, the patient will not have to worry much about the subsequent scarring.

Experienced cosmetic surgeon Dr. Richards receives patients from Las Vegas, NV and nearby areas for liposuction and several other procedures for the breast, body and face.

Advanced techniques such as laser, RF or ultrasound energy may be used at this stage of fat reduction to make liposuction less invasive and more precise. The patient will anyway have to be administered replacement fluids through IV during and after liposuction in order to compensate for the loss of fluid and blood.

The incisions will be closed with traditional or absorbable sutures once the fat reduction procedure is completed. Drain tubes will usually be placed by the surgeon below the skin in the incision areas. This will help to collect excess fluid and reduce infection risk in the first few days after surgery.

Drain tubes as well as sutures will usually be removed in about a week or 10 days. If the incisions are very minor, the surgeon may allow them to remain open so that bruising and swelling is minimal. If liposuction is performed together with other surgeries, the procedure steps may be slightly adjusted.