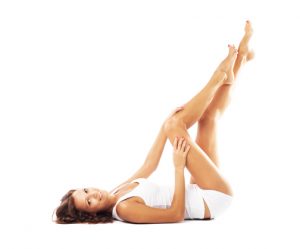 Calf augmentation is a medical procedure that enhances lower leg stability and strength. After this procedure, your lower legs would look muscular, which is due to the insertion of silicone implants. But before you the implants are surgically placed, your cosmetic surgeon will brief through the specifics of the procedure so that you could make an informed choice.

During this pre-operative consultation, your surgeon will show calf augmentation before and after pictures. This way, you will get an idea as to what to expect and what not to, after having a calf augmentation procedure. Board certified plastic surgeon Dr. Bryson Richards provides calf augmentation to patients in Las Vegas, NV, and surrounding locations.

Importance of visual evidence for the patients

Generally, an experienced cosmetic surgeon would start with a pre-op discussion with visual evidence of his previous patients. This ensures transparency and makes the discussion more engaging. The evidence depicts how a calf augmentation changes the appearance of lower legs. Upon analyzing the images, you will feel more confident about your calf augmentation surgery. Above all, you can picture its potential results in your lower legs.

Moreover, there is this psychology among the patients that, if a particular surgery has worked well on other patients, then it can help them attain similar results as well. To add to this psychological concept is the sense of reassurance and security. In the sense, patients would trust the cosmetic surgeon more, after viewing the pictures.

Now for calf augmentation in particular these before and after images are not on the site but this does not mean they cannot be added any day. On top of this, this does not mean a patient cannot see these images during the consultation which is vital anyway.

One photo is worth a thousand words

As the saying goes, one picture is enough to convey the essence of a particular idea. Although verbal cues comprehensively explain the idea, visual evidence can portray the same idea in a compelling way. Your cosmetic surgeon, however, will stick to both verbal cues and visual evidence. But usually, patients cut to the chase and ask for pictures since not many of them would understand complex medical terms.

In addition to that, if a patient is having a language barrier, one simple image is enough for them to know how the surgeon can help them. On the other hand, the surgeon should only stick to real cases and unedited images. Because if the image is photo-shopped, you may be misled into believing something that this procedure cannot achieve, eventually pushing you to make a wrong decision.

Relating back to a point previously made, images speak volumes. And digital images reveal so much they enable even the most uncreative patients the ability to picture what this surgery will look like on them. That’s the capability of digital technology which has transformed the world in so many ways.

Nowadays, for many people, a day is incomplete without checking their feed on social media platforms such as Facebook, Instagram, YouTube, and Pinterest. A cosmetic surgeon can wisely capitalize on the reach of such platforms to promote the before and after images of calf augmentation procedure.

Eventually, the images would reach thousands of people. It increases a patient’s awareness about the procedure, thus encouraging them to make better decisions. Cosmetic surgeon Dr. Bryson Richards receives patients from Las Vegas, NV, and nearby areas for calf implants. 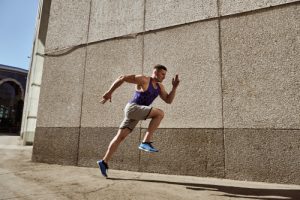 Calf augmentation is a procedure performed by a cosmetic surgeon to give patients an enhanced strength and balance to their lower legs. This is done by inserting silicone implants in their natural contour of lower legs. If you need this cosmetic surgery, then you would first need to consult with a surgeon to determine your requirements.

Based on your goals discussed during the pre-operative consultation, a cosmetic surgeon will give you an estimate for the entire surgery. If you choose a dedicated surgeon, you can get the best results within your budget. However, calf augmentation is regarded as an elective cosmetic procedure. Therefore you may not get insurance coverage for this.

Meanwhile, there are financing options that can help you cover the surgery costs through monthly installments. Board certified plastic surgeon Dr. Bryson Richards provides calf augmentation to patients in Las Vegas, NV, and surrounding communities.

How cost varies with the extent of the procedure

The cost for calf augmentation varies in accordance with the requirements of the patient and the extent of the surgical procedure. For less intensive surgeries, cosmetic surgeons use local anesthesia and mild sedation. This way you can incur the costs associated with general anesthesia.

However, for a major surgery, intravenous sedation wouldn’t suffice. In such cases monitored anesthesia care is preferred which comes with an extra fee of an anesthesiologist. Moreover, if the situation demands, the cosmetic surgeon may have to perform an additional procedure called thigh lift, thereby increasing your costs.

Meanwhile, you can stay within your budget if you choose to go for a combined procedure. This way you can cut the individual fees paid to the surgeon, anesthesiologist, and other additional costs, by paying a single fee to cover everything.

If you choose an experienced plastic surgeon over a less trained surgeon, then there would obviously be a difference in the fees. This is because of the improved surgical techniques and instruments used by an experienced surgeon. In addition to that, they would follow stringent quality standards adhering to the latest safety protocols. The American Society of Plastic Surgeons (ASPS) encourages patients to choose surgeons that work well with their requirements.

How costs vary with the health care facility.

The cost of living and real estate are higher in metropolitan cities as compared to other less-populated places. In general, the cost of healthcare is higher at such places would be higher as a result of higher cost to land, tax, products, etc. It is sagacious to know the cost variations between different locations before making the choice for the facility.

You should not compromise on the quality of care for lower prices. Hence it is best to consider a financial plan if you are short of ready funds. There are financial plans that give you the fees required for your calf augmentation. This lump sum is then recovered monthly through installments.

Many third-party healthcare financing companies offer attractive loans at competitive rates of interest. Above all, you will get quick approval such as loans especially for procedures such as calf augmentation. Cosmetic surgeon Dr. Bryson Richards receives patients from Las Vegas, NV, and nearby areas for calf implants.

Calf augmentation is a surgical procedure that enhances the size and definition of your lower legs. Also known as lower leg implants surgery, the procedure involves placing silicone implants in your natural contours of lower legs. However, the extent of the surgery is determined by the cosmetic surgeon after understanding your requirements.

The procedure for calf augmentation will be informed to by your cosmetic surgeon prior to your surgery. It starts with a small incision behind your knee, shortly after which your cosmetic surgeon would carve a pocket within which the implant would be placed. The implants can either be one or two layers, depending on your requirements. Essentially, if you want a bigger calf, your cosmetic surgeon will place another implant before carving your desired shape for the calf.

Toward the end of your surgery, the surgeon would encase your implants by closing the incisions with sutures. The natural scar tissue formation would keep your implants secure for years.

Generally, the surgery is performed as an outpatient procedure wherein local anesthesia and mild sedation is given prior to the patient. The surgery would last for one hour. However, for patients seeking a larger implant, general anesthesia is given before a two to three-hour-long surgery.

Although you might need to use crutches during the initial period, in about one week or 10 days, you can get back to your conventional routine. The crutches are used so as to ensure that your incisions are properly healed. For bodybuilders and athletes, they can resume your exercise regimen within six to eight weeks. After the recovery period, patients will have a stronger and balanced lower body build.

Not everyone can attain well defined and sculpted lower legs through a stringent diet and exercise routine. Calf augmentation helps them achieve their goals. This cosmetic surgery would give the patients an enhanced shape to their calves quickly. Above all, calf augmentation plastic surgery will give improved body symmetry and a toned lower leg.

You no longer need to shy away from wearing shorts, swimsuits, or anything that reveals your calves. With a skilled cosmetic surgeon, you can have your calves reconstructed while giving a natural look to it. People may not even recognize that it is artificially carved.

Moreover, the risks associated with this surgery are minimal. Therefore, you don’t need worry too much about the side-effects and complications after your surgery. Cosmetic surgeon Dr. Bryson Richards receives patients from Las Vegas, NV, and nearby areas for calf implants.